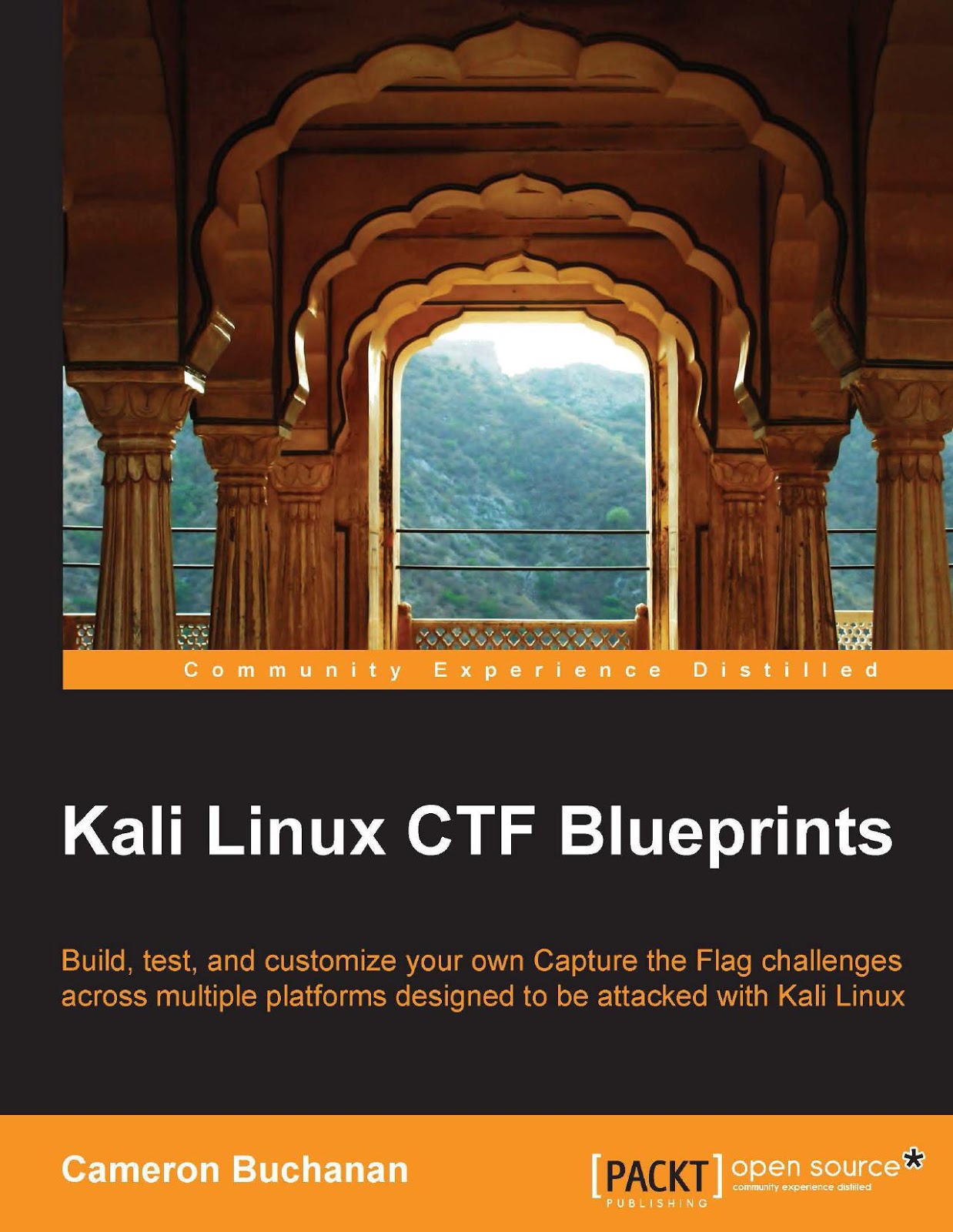 Kali Linux CTF Blueprints is a six chapter book where each chapter details a different kind of Capture the Flag style challenges. Each chapter will deal with a number of basic setups while suggesting a variety of different alternatives to allow reuse of fundamental concepts. The book is designed to allow individuals to create their own challenging environments to push their colleagues, friends, and own skills to the next level of testing prowess.

What this book covers:
Chapter 1, Microsoft Environments, contains instructions to create vulnerable servers and desktops, covers the most prevalent vulnerabilities, and contains suggestions on more complicated scenarios for advanced users of Microsoft environments.


What you need for this book?
The requirements for individual projects are detailed in their setup sections; however, it is assumed that you have the following:
• A copy of Kali Linux
• At least one machine or virtual machine that can be set up as a target

Kali Linux CTF Blueprints is aimed at individuals who are aware of the concepts of penetration testing, ideally with some practice with one or more types of tests. It is also suitable for testers with years of experience who want to explore a new field or educate their colleagues. The assumption will be that these projects are being created to be completed by other penetration testers and will contain exploitation guides to each project. If you are setting these challenges for yourself, try and exploit them without reading the exploitation methods first. The suggested methods are just that; there are many ways to climb a tree.

This book will surely help us to learn about Penetration Testing by usign Kali linux.

This is one of the best articles i have ever read about Kali linux. Thanks

in this book more useful list to us most expansible book

This is one of the best articles i have ever read about Kali linux .
Thanks my brother for the effort .

I love ebspac. This is great

always get my interest thank you ebspac

Wonderful book I love this book.

this is the most awesome site with most important books and information.this article is really helpful.

This is one of the best articles.The books are very useful. I love this book.

This is one of the best articles. its so nice creation.

the book is very useful.I do love it

this the well text and good understanding artical and easy to use instruction........all good artical

This is the best book I've read so far showing blueprints of Linux Kali. This is a website to bookmark.

it helps me a lot to understand security network. thanks

This book will surely help us to learn about useful information Penetration Testing by usign Kali linux.

Very nice and informative article. Like this article very much.

This book helped me a lot to understand security network. Thank you

If you have a habit of reading book plz read this article. Really very poitive