The Death of Money is about the demise of the dollar. By extension, it is also about the potential collapse of the international monetary system because, if confidence in the dollar is lost, no other currency stands ready to take its place as the world's reserve currency. The dollar is the linchpin. If it fails, the entire system fails with it, since the dollar and the system are one and the same. As fearsome a prospect as this dual collapse may be, it looks increasingly inevitable for all the reasons one will find in the pages to come. Ajourney to the past is in order first. Few Americans in our time recall that the dollar nearly ceased to function as the world's reserve currency in 1978. That year the Federal Reserve dollar index declined to a distressingly low level, and the U.S. Treasury was forced to issue government bonds denominated in Swiss francs. Foreign creditors no longer trusted the U.S. dollar as a store of value. The dollar was losing purchasing power, dropping by half from 1977 to 1981; U.S. inflation was over 50 percent during those five years. Starting in 1979, the International Monetary Fund (IMF) had little choice but to mobilize its resources to issue world money (special drawing rights, or SDRs). It flooded the market with 12.1 billion SDRs to provide liquidity as global confidence in the dollar declined. We would do well to recall those dark days. The price of gold rose 500 percent from 1977 to 1980. What began as a managed dollar devaluation in 1971, with President Richard Nixon's abandonment of gold convertibility, became a full-scale rout by the decade's end. The dollar debacle even seeped into popular culture. The 1981 film Rollover, starring Jane Fonda, involved a secret plan by oil-producing nations to dump dollars and buy gold; it ended with a banking collapse, a financial panic, and global riots. That was fiction but indeed was powerful, perhaps prescient. While the dollar panic reached a crescendo in the late 1970s, lost confidence was felt as early as August 1971, immediately after President Nixon's abandonment of the gold-backed dollar. Author Janet Tavakoli describes what it was like to be an American abroad the day the dollar's death throes became glaringly apparent: 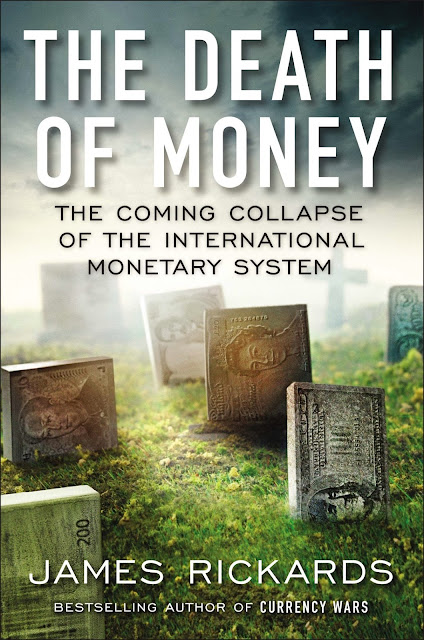 To download this book "THE DEATH FO MONEY THE COMING COLLAPSE OF THE INTERNATIONAL  MONETARY SYSTEM"  click on the link below.