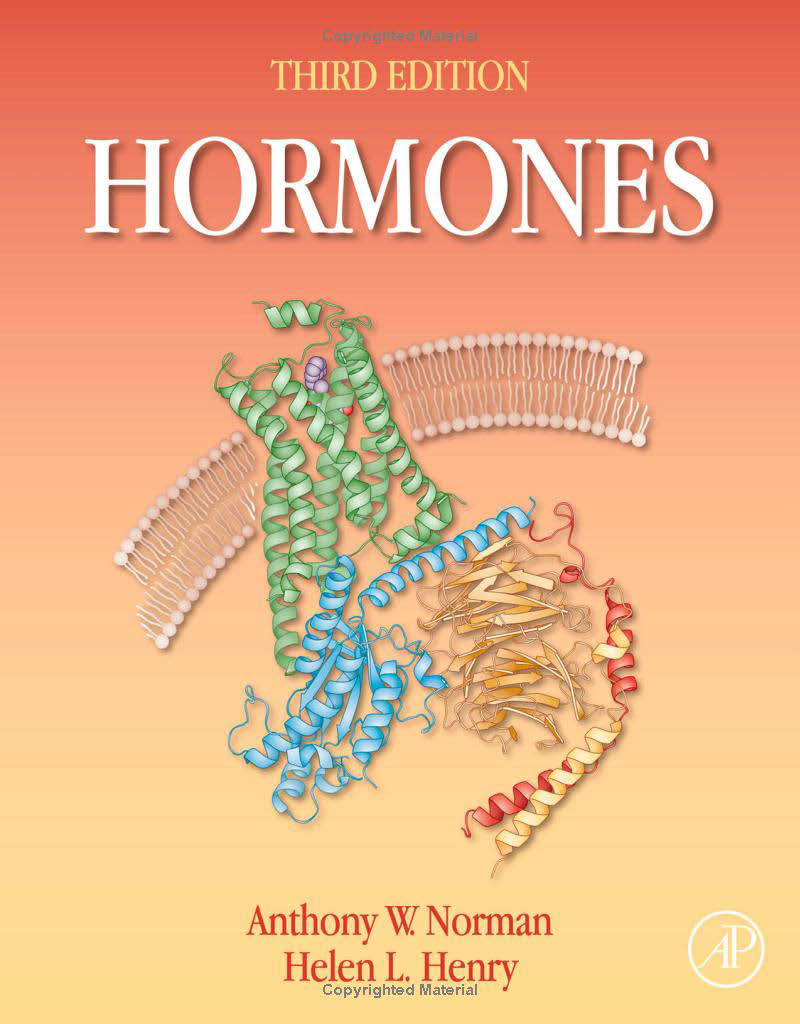 The objective of this third edition of Hormones is to provide a comprehensive update of the field of human hormones, viewed in the light of our current understanding of cellular and subcellular architecture as well as the molecular details of their mode of action. This new edition of Hormones is intended to be used principally by advanced undergraduates in the biological sciences and graduate students. The authors anticipate that Hormones will continue to be used by researchers at all levels. The authors also anticipate that it will provide useful background information for frst-year medical students as they engage in studies that are increasingly problem-based rather than discipline-focused. As the field of endocrinology itself has continued to expand in the past two decades, the up-to-date presentation of the basics in this book will be a solid foundation on which more specialized considerations can be based. The frst and second editions of Hormones were published in 1987 and 1997; the authors were Anthony W. Norman and Gerald Litwack. Both editions were very successful, based on sales and the favorable comments provided by Elsevier. The present authors, Anthony W. Norman and Helen L. Henry are on the faculty at the University of California–Riverside. Hormones third edition by Anthony W. Norman and Helen L.Henry teach you the  understanding of the molecular endocrinology of hormones and their actions. The book is organized to provide two introductory chapters, followed by 15 chapters on selected topics of the molecular biology of the major endocrine systems operative in humans. The opening chapter is concerned i with a delineation of the frst principles of hormone action. These include a discussion of the structural and functional classifcation of hormones and a detailed presentation of current general theories of mechanisms of hormone action at both the cellular and the subcellular level. In this third edition, this includes the addition of information on the families of hormone receptors (steroid and growth factors) and a detailed introduction to the topic of signal transduction, which describes how the chemical message of the hormone is transformed to generate specific biological responses. Chapter 2 provides a detailed presentation of the seven classes of steroid hormones and their chemistry, biosynthesis, and metabolism. These two introductory chapters are followed by 15 chapters, each of which, with the  exception of Chapter 8 on eicosanoids, then focuses on a classical human endocrinology system and its associated hormones. For example, Chapter 6 focuses on the classical pancreatic hormones: insulin and glucagon along with leptin, pancreatic polypeptide, somatostatin, and amylin, whose hormonal and major clinical properties are described in Chapter 6. Five newly discovered and characterized hormones—kisspeptin, ghrelin, oxyntomodulin, FGF-23, and adrenomedullin—are each included in their appropriate chapter. Also there are six appendices: A, a compilation of ~100 known hormones in higher mammals and humans; B, a table of the blood concentrations of major human hormones; C, a list of prominent endocrine disorders; D, a table of the genetic code; E, a table of three-letter and single-letter amino abbreviations for amino acids; and F, a table of scientifc measurements in biological systems. A dramatic change in this third edition of Hormones is that there are 344 color panels associated with the 277 figures in the 17 chapters. PowerPoint slides of all the figures in Hormones are available to the reader on the Companion website. On the whole, this text is related to the biochemical endocrinology courses we have taught to our frst year medical students and graduate students at the University of California–Riverside. The authors hope that the uniform organizational framework of the chapters as well as the division of chapter topics into separate hormone systems will allow instructors to selectively identify varying levels of coverage. Thus it should be possible to prepare a teaching syllabus that is comprehensive or one that focuses only on the subcellular mode of action of selected hormones divorced

This is a great book I have ever read. Thanks Anthony W. Norman and Helen L.Henry for the 3rd edition of this book.Everybody need to read this book.

A complete description of a the hormones. The text is very useful and easy to understand.