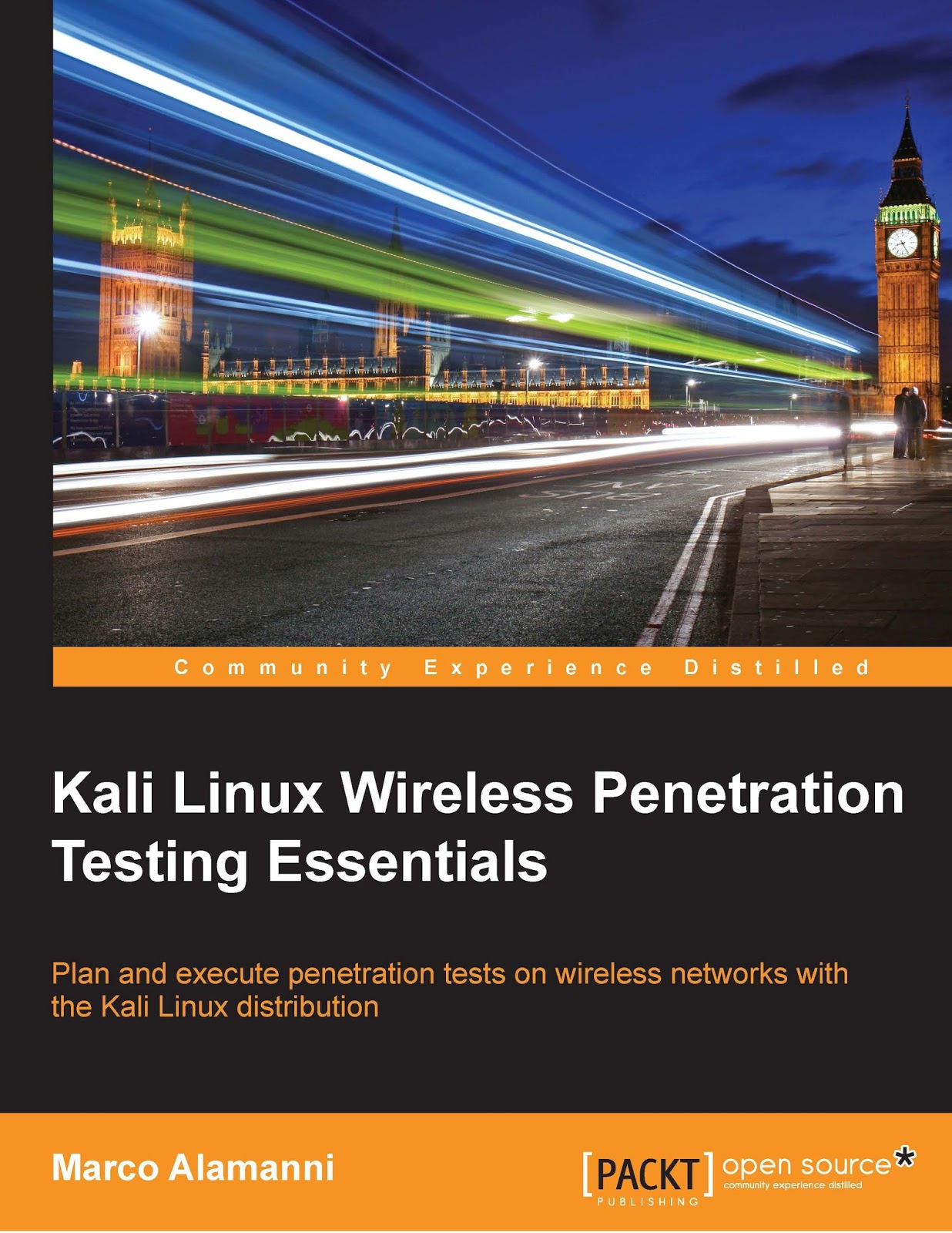 This book contains instructions on how to perpetrate attacks with Kali Linux. These tasks are likely to be illegal in your jurisdiction in many circumstances, or at least count as terms of service violation or professional misconduct. The instructions are provided so that you can test your system against threats, understand the nature of these threats, and protect your own systems from similar attacks.Since their introduction to the market less than 20 years ago, wireless networks have grown exponentially and become ubiquitous, not only in the enterprises but everywhere else—all kinds of public places (coffee shops, restaurants, shopping malls, stations, and airports), open-air free Wi-Fi zones, and private homes. Like all other technologies, their spread has led to a growing need for assessing and improving their security, as a vulnerable wireless network offers an easy way for an attacker to access and attack the whole network, as we will see through this book. For these reasons, the process of the security assessment of wireless networks, also called wireless penetration testing, has become an essential part of more general network penetration testing. In this book, we explore the whole process of performing wireless penetration tests with the renowned security distribution of Kali Linux, analyzing each phase, from the initial planning to the fnal reporting. We cover the basic theory of wireless security (protocols, vulnerabilities, and attacks) but mainly focus on the practical aspects, using the valuable, free, and open source tools provided by Kali Linux for wireless penetration testing.

What this book covers?

Chapter 1, Introduction to Wireless Penetration Testing, presents the general concepts of penetration testing and covers its four main phases with a particular focus on wireless networks. The chapter explains how to agree and plan a penetration test with the customer and gives a high-level view on the information collection, attack execution, and report writing phases of the process.

Chapter 2, Setting Up Your Machine with Kali Linux, introduces the Kali Linux distribution and the included tools that are specifically designed for wireless penetration testing. Then we see the hardware requirements for its installation, the different installation methods, and also cover, step by step, installation in a VirtualBox machine, supplying the relative screenshot for every step. After installing Kali Linux, the chapter exposes the features that the wireless adapter must meet to be suitable for our purposes and how to practically test these requisites.

Chapter 3, WLAN Reconnaissance, discusses the discovery or information gathering phase of wireless penetration testing. It begins with the basic theory of the 802.11 standard and wireless local area networks (WLANs) and then covers the concept of wireless scanning that is the process of identifying and gathering information about wireless networks. We then learn how to use the tools included in Kali Linux to perform wireless network scanning, showing practical examples.

Chapter 4, WEP Cracking, speaks about the WEP security protocol, analyzing its design, its vulnerabilities and the various attacks that have been developed against it. The chapter illustrates how command-line tools and automated tools can be used to perform different variants of these attacks to crack the WEP key, demonstrating that WEP is an insecure protocol and should never be used!

Chapter 5, WPA/WPA2 Cracking, starts with the description of WPA/WPA2 cracking, its design and features, and shows that it is secure. We see that WPA can be susceptible to attacks only if weak keys are used. In this chapter, we cover the various tools to run brute force and dictionary attacks to crack WPA keys. Also, recent and effective techniques for WPA cracking such as GPU and cloud computing are covered.

Chapter 7, Wireless Client Attacks, covers attacks targeting isolated wireless clients to recover the WEP and the WPA keys and illustrates how to set up a fake access point to impersonate a legitimate one and lure clients to connect to it (an Evil Twin attack). Once the client is connected to the fake access point, we show how to conduct the so-called Man-in-the-middle attacks using the tools available with Kali Linux.

Chapter 8, Reporting and Conclusions, discusses the last phase of a penetration test, which is the reporting phase, explaining its essential concepts and focusing, in particular, on the reasons and purposes of a professional and well-written report. The chapter describes the stages of the report writing process, from its planning to its revision, and the typical professional report format.

This book is for penetration testers, information security professionals, system and network administrators, as well as Linux and IT security enthusiasts who want to get started with or improve their knowledge and practical skills of wireless penetration testing, using Kali Linux and its tools.