Beginning Game Development with Python and Pygame From Novice to Professional

Author Unknown Published March 11, 2018
Tags
computer
Computers
Programming
technology
Game development may have become easier over the years, with simplified programming interfaces and more programmers wishing to share their knowledge, but writing a game is still a significant undertaking.
Although Python and Pygame are superb tools for rapid game development, there is little in the way of books or web tutorials for Python game programmers, who often have no choice but to mentally translate from another language to Python when researching a new topic in game development. This book was conceived to fill that gap and allow the beginner game programmer to get up to speed with Python and learn the fundamentals of game programming without having to first learn C++, C#, Java, or another language first. It was also my opportunity to explain 3D game programming in a way that is accessible to non mathematicians—something that is not easy to find in other books. 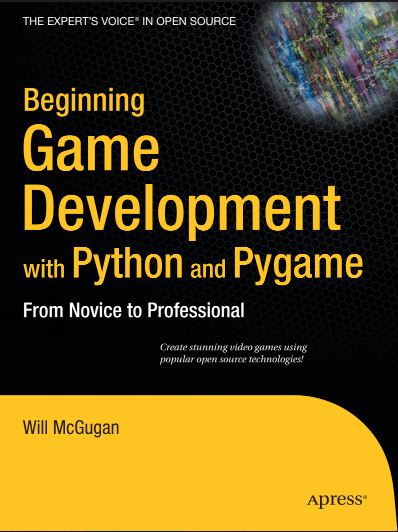