Author Unknown Published March 10, 2018
Tags
Computers
Programming
technology
Linux applies an alternate philosophy to computing that revolves around the sharing of not only software but also knowledge. To use Linux is to become part of a huge global community of people who have caught on to a phenomenon that is changing the world. Ubuntu (http://www.ubuntu.com) is the natural continuation of these goals. It’s a project founded by entrepreneur businessman Mark Shuttleworth with the intention of bringing a freely available, high-quality operating system to the world. To this end, Shuttleworth invested $10 million of his own money to guarantee that this will be the case for many years to come. In 2011, the project has moved closer to becoming self-sustaining as Ubuntu becomes part of the mainstream for desktop, and server users.

The fundamental concept is that Ubuntu is available for use by anyone in the world, no matter who or where they are. As such, many different languages are supported, and the operating system can also be accessed by those with disabilities, such as partial sight or hearing. Ubuntu might just as easily be found on a Wall Street banker’s laptop as on a battered old computer in a Brazilian favela. Ubuntu is built around one of the most established versions of Linux: Debian (http://www.debian.org). The Debian Project was started back in 1993, shortly after the very first version of the Linux software was released, and has become one of the pioneering varieties of Linux. Ubuntu and Debian Linux both share common goals and are closely allied, but Ubuntu focuses largely on the desktop. For example, it provides a powerful office suite by default, as well as some excellent pieces of Internet software. Only recently has a dedicated server version become available.

It’s also very easy to use. Ubuntu works straight out of the box. As soon as it’s installed, you should be ready to start using it without any further work. In addition, tasks such as updating your software are as easy under Ubuntu as they are under Windows—in many cases, easier. Above all, however, Ubuntu is designed to be shared. You can download Ubuntu from www.ubuntu.com and install Ubuntu on as many computers as you want. You can also copy the software as many times as you want and give those copies to your friends. We’re serious! This isn’t some kind of trick, either—Ubuntu isn’t a trial version that will quit running in a month. You will never find yourself having to pay a fee further down the line, even if you want to install additional software. Ubuntu, and much of the software that runs on top of it, will always be free of charge.

Since its inception in 2004, Ubuntu has literally taken the world of Linux by storm and has even broken out of the technically demanding world of open source software. It’s consistently voted the most popular desktop Linux and has even garnered a handful of celebrity users along the way: Jamie
Hyneman of the popular TV show MythBusters is a fan, as is novelist and blogger Cory Doctorow. Within some Internet communities, such as Digg.com and Reddit, you may struggle to find individuals who don’t use Ubuntu. 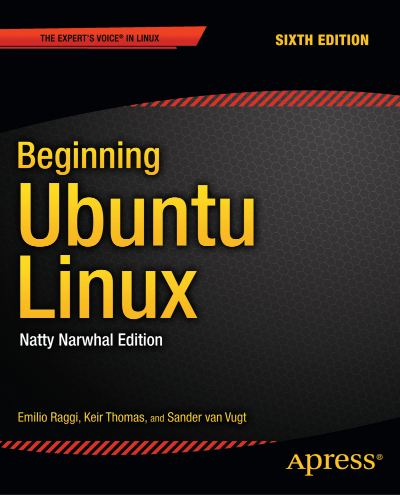