Author Unknown Published March 09, 2018
Tags
Computers
Programming
technology
Welcome to Visual C++. Over the next 21 days, you will learn how to use the features that Microsoft has built into its C++ development environment to enable you to create very advanced applications for the Windows and NT platforms. When Microsoft’s developers first came up with the idea behind Visual C++, they decided to take their world-class C++ compiler and create a development environment and set of tools that would enable developers to create Windows applications with a level of ease and speed that was unheard of among C++ development environments. Since that first version, Microsoft has continued to improve the tools that are a part of Visual C++ to make it even easier to create Windows applications. As Microsoft has introduced new technologies into the Windows platforms, it has also introduced tools into the Visual C++ suite to make it easy to integrate these new technologies into your applications. Programming in C A complete introducton to the C programming language third edition written by Stephen G.Kochan. 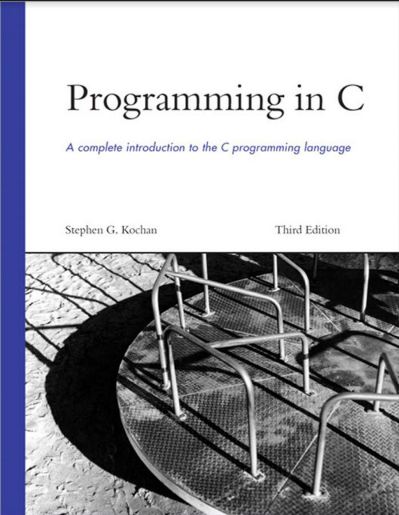