The Fist of God By Frederick Forsyth

Author Unknown Published March 12, 2018
Tags
ENTERTAINMENT
NOVEL
NOVELS
From the behind-the-scenes decision-making of the Allies to the secret meetings of Saddam Hussein's war cabinet, from the brave American fliers running their dangerous missions over Iraq to the heroic young spy planted deep in the heart of Baghdad, Forsyth's incomparable storytelling skill keeps the suspense at a breakneck pace.  Somewhere in Baghdad is the mysterious "Jericho," the traitor who is willing--for a price--to reveal what is going on in the high councils of the Iraqi dictator.  But Saddam's ultimate weapon has been kept secret even from his most trusted advisers, and the nightmare scenario that haunts General Schwarzkopf and his colleagues is suddenly imminent, unless somehow, the spy can locate that weapon--The Fist of God--in time. 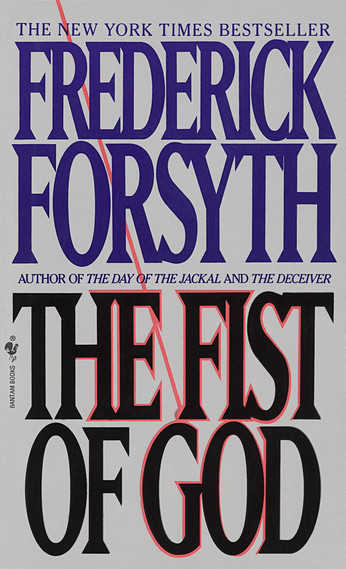