The Supernaturalist By Eoin Colfer

Author Unknown Published March 12, 2018
Tags
ENGLISH NOVELS
ENGLISH STORIES
ENTERTAINMENT
NOVEL
NOVELS
In the not-too-distant future in a place called Satellite City thirteen-year-old Cosmo Hill is unfortunate enough to come into the world unwanted by his parents. And so as are all orphaned boys his age Cosmo is dipped in a vaccine vat and sent to the Clarissa Frayne Institute for Parentally Challenged Boys-freight class. At Clarissa Frayne the orphans called "no-sponsors" are put to work by the state testing dangerous products that never should be allowed near human beings. By the time the no-sponsors are sent to their cardboard utility pipes given their nightly meal pack and finally fall asleep they are often covered in burns bruises or sores from the work of the day. Cosmo Hill knows that he must escape even though he has no idea what might be waiting for him on the outside. He plans for the moment when he can make a break. When that moment finally comes he nearly dies while escaping. But he is rescued by a gang of "Supernaturalists" a motley crew of kids who all have a special psychic ability-one that Cosmo is about to learn he has as well. They "see" supernatural Parasites-tiny translucent creatures who feed on the life force of humans. 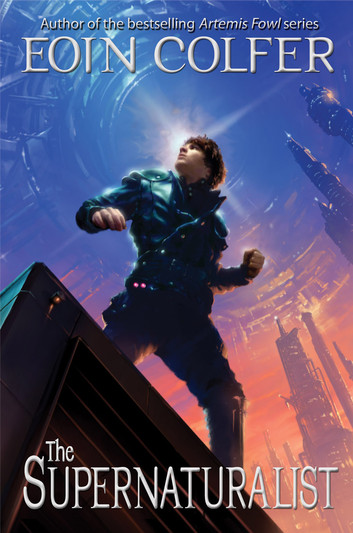