Author Unknown Published March 08, 2018
Tags
Android
mobile
technology
There is a revolution happening in the technology industry. Touchscreen interfaces, combined with low-cost and ubiquitous smartphones, have created a perfect storm for disruptive innovation. Android is at the forefront of this change, bringing a free and open-source platform on which developers can create the next generation of applications. With free development tools and an open market, anyone can develop applications that reach a worldwide market. But why choose to develop for Android?
Android now runs on the majority of smartphones in the United States. And it’s quickly expanding into new markets and device types. The last year has seen the introduction of hundreds of Android-based tablets, including the hit Kindle Fire. Google has ported Android to TVs with its Google TV platform, and many manufacturers are beginning to ship TVs with Android built in. Boeing has selected

Android as the entertainment platform for its new Dreamliner jet. Ford is integrating Android into its in-dash SYNC entertainment system. And Android is quickly gaining traction in the developing world, especially in Africa, where the need for low-cost handsets is greatest. Yet for all of the platform’s promise, the majority of Android applications still lack the visual polish of their iOS counterparts. This book aims to address that issue by providing developers with a solid foundation for building app UIs. It will cover the basics of UI development on Android, teach best practices for creating flexible layouts, and give you tips on how to optimize your UI for smooth, fluid performance. I created this book in the hope that it will help developers to create beautiful applications. Who am I? I’ve been developing software professionally for almost ten years, and I’ve focused on embedded and mobile software for the last five. In my day job, I work for one of the top Android development companies and write code that millions of people use every day. Android development can be difficult at times, and the challenges of supporting such a diversity of devices can be daunting. But with a good idea, a solid understanding of the framework, and a little persistence, anyone can create a great app that is used by millions of people.

I hope you’ll enjoy reading this book as much as I enjoyed writing it for you. 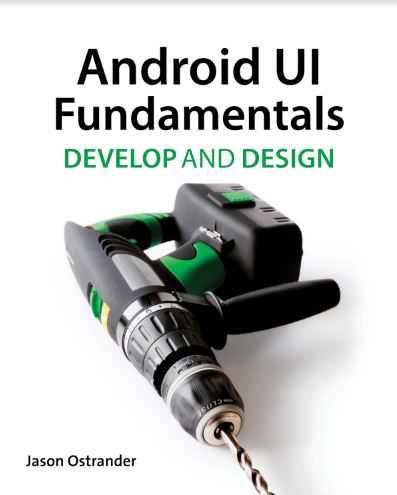