Author Unknown Published March 11, 2018
Tags
computer
Programming
technology
This book was born out of an experiment carried out when Ubuntu 6.06 was released in 2006. Back then Ubuntu was rougher around the edges than it is today. Getting MP3 files to play took some effort. Only a handful of wifi cards worked out of the box and the rest had to be wrangled into working.
The popularity of the tips was partly because Ubuntu has always been popular with the Digg.com crowd, but there was a more important reason. People wanted Ubuntu to "just work". They brought with them the expectations of Windows users. They didn’t want to make any compromises, either in terms of usability or function. And they wanted to learn how Ubuntu worked. They wanted that above all, in fact. Ubuntu Kung Fu is for those people, and others like them. It’s an Ubuntu book for the rest of us. 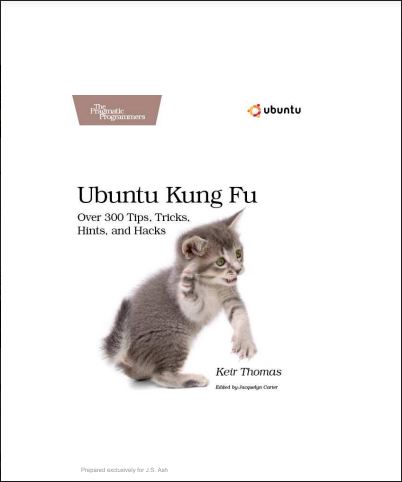