The Taoist yogic discipline of Ba Gua is an internal form of the ancient art of Kung fu other much older t'ai chi and Xing . Ba Gua is the most arcane and yogic of these three sister arts, distinguished by serpentine turning and circling movements and its won internal energy exercises, Ba Gua Qi Gong. As more people study t'ai chi and Qi Gong, major interest has focused on the techniques of Ba Gua for keeping the points loose and enhancing deep breathing.
Ba Gua's founder was Dong Hai-Chuan, a late 19th Century imperial body guard who became a famous master during the waning years of the alst Chinese Dynasty. In this history and instructional guide, John Bracy and Liu Xing Han, the oldest living master of Ba Gua, describe Ba Gua's relationship to the Ching and how Taoist yoga came to be connected to the martial Arts. 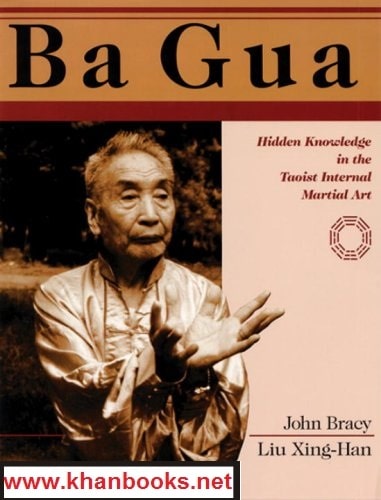