Author khan books Published February 06, 2019
Tags
Fitness
Martial Arts
Arwrology: All-Out Hand-To-Hand Fighting for Commandos, Military, and Civilians By Gordon E. Perrigard Martial Arts Book free download.
Arwrology is derived from the old Welsh word arwr, meaning an all-out hand-to-hand fighter. It was developed by Gordon E. Perrigard, a Canadian medical doctor who combined his knowledge of advanced ju-jitsu with his knowledge of human anatomy to come up with this devastatingly effective close-in combat system.Arwrology was originally released in 1943 in Canada for use in training combatants for World War II. Martialists from all over the world quickly hailed its superior fighting methods, and today it remains one of the most highly sought after - and most valuable - fighting manuals in the world.

Arwrology is distinctive because it uses a single system of conditioned reflexes based on general body movement for both armed and unarmed fighting. If one method fails to subdue an attacker, a practitioner can effortlessly flow to another technique without exposing his body to attack. Through clear instructions, photos, and illustrations Arwrology shows you how to: 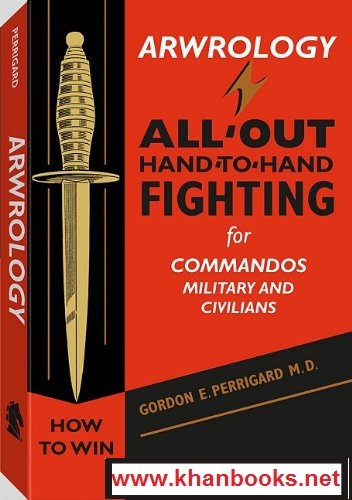