Home business health insurance The British Insurance Industry Since 1900: The Era of Transformation

The British Insurance Industry Since 1900: The Era of Transformation


The book documents the wide variety of the types of companies active in the industry, as well as the ever-widening range of its products. During most of the twentieth century, until at least 1985, the majority of British insurance companies non-life premium income was derived from overseas markets and that of Lloyd’s still is. Insurance remains one of Britain’s most internationally active industries. While the scope of the book is generally directed at the British scene, the benefits of the industry’s overseas activities on the domestic economy are also examined. 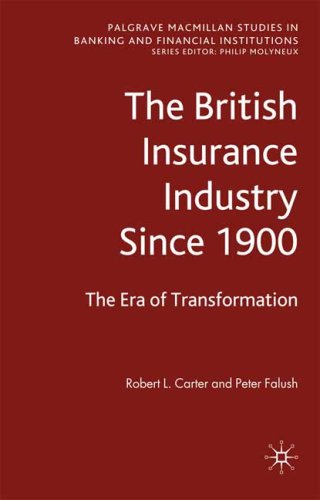