The spread of English around the world has been and continues to be both rapid and unpredictable. World Englishes deals with this inescapable result of colonization and globalization from a social and linguistic perspective. The main focus of the book is on the second-language varieties of English that have developed in the former British colonies of East and West Africa, the Caribbean, South and South-East Asia. The boo provides a historical overview of the common circumstances that gave rise to these varieties, and a detailed account of their recurrent similarities in structure, patterns of usage, vocabulary and accents. Also discussed are debates about language in education, the rise of English in China and Western Europe,and other current developments in a world of global travel and migration. 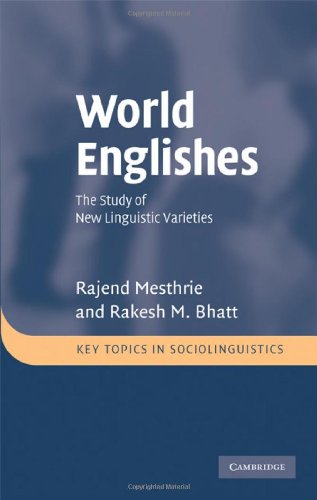