Author khan books Published June 02, 2020
Tags
basic japanese verbs
basic japanese words
english
japanese
japanese Dictionary
Japanese English Dictionary
japanese words meaning
japanies
learn japanese
Mangajin's Basic Japanese Through Comics pdf download by Ashizawa Kazuko. This   Mangajin's Basic Japanese Through Comics book is a collection of material from the Basic Japanese column of Mangajin . It is intended as an entertaining supplement to a more formal or structured study of Japanese. Basic Japanese does not presume to serve as an introduction to the Japanese language. The 24 "lessons" in this book do not build on each other — each stands independently, and they can be read or studied in any order.

The name Mangajin is a play on two Japanese words, manga (comic)and jin (people). It sounds like the English word "magazine" as rendered in Japanese — magajin. Mangajin magazine uses authentic manga, the famous comics which are so immensely popular in Japan, to present the Japanese language as it is really spoken, and to give its readers an inside view of contemporary Japanese society.
Manga may mean "comics," but in Japan they are serious business. Unlike American-style comics, manga are not just "kid stuff' but a highly developed medium for entertainment and education, popular among adults as well as children. It is estimated that manga account for over 1/3 of all books and magazines published in Japan. Because they are so widely read, manga are as powerful as TV in shaping popular culture, and play an integral role in forming national attitudes, starting national fads, and shaping the national language in Japan. A growing number of government agencies, and some of the biggest names in corporate Japan, are now even using manga in training materials, product manuals and corporate histories. 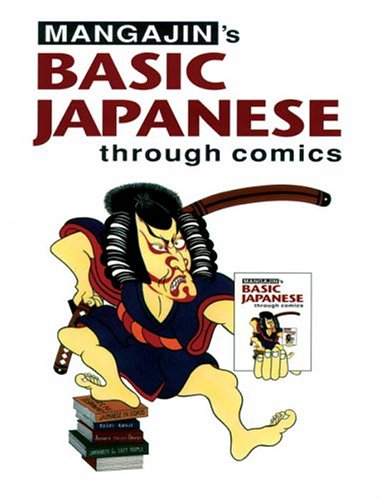