Mufti Abu Lubaba compares the violence of the United States to that of Hitler, Halagu Khan, and Genghis Khan in this History Book in Urdu Haspania se america tak. He also indicated the number of people slain by the aforementioned individuals and the government. In the book, the author declares Spain to be a lost paradise for Muslims, whereas America is a chosen hell for Muslims. The stories begin in the seventh century after the preface of this book. This book, like Mufti Shah Mansoor Abu Lubaba's other works, is fascinating. This book is available for free download or reading online. 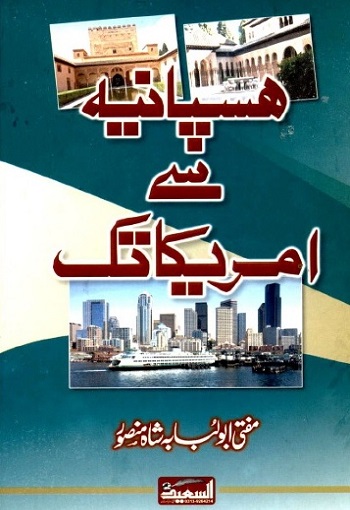