Quran Para 12 pdf download and read online.  There are two parts to this para: (1) Complete Surah Hud (Its first five verses are in the eleventh para) and (2) The first part of Surah Yusuf.

In Surah Hud, there are four things: (i) The Greatness of the Holy Quran (ii) Tawheed and the arguments of Tawheed (iii) The events of the seven Prophets (peace be upon them) for the Prophethood and its confirmation and (iv) Discussion about Qiyammat.
(1) The greatness of the Quran: The Qur'an is a solid book in terms of its verses, meanings and subjects and it cannot be disturbed in any way nor is there any contradiction in it. The main reason for its firmness is that its description and the interpretation is given by Allah, who is both wise and knowledgeable, Allah's every command is based wisdom and Allah is well aware of man's past, present, future, his psychology, weaknesses and needs. The disbelievers of the Qur'an have been challenged that if the Qur'an is indeed a human endeavor, then you should bring ten Surahs like it.
(2) Tawheed and the evidence of Tawheed: Allah is the Sustainer of all creatures, whether they be human beings or giants, animals or birds, fish living in the water or insects crawling on the earth, Allah has created the heavens and the earth.
(3) The events of the seven Prophets (peace and blessings of Allah be upon them) for the Prophethood and its confirmation:
In these events, on the one hand, there are endless lessons and advices for the people of intellect, understanding, hearing and sight, and on the other hand, they are a source of comfort and steadfastness for the Holy Prophet (sws) and sincere believers.
(4) Qiyamah:  On the Day of Judgment, there will be two types of humans Good luck people and Unlucky people. There will be a terrible punishment for the unfortunate as long as Allah wills. For the fortunate, Allah has placed innumerable blessings in Paradise forever.

The story of Hazrat Yusuf (as) in Surah Yusuf is as follows: The stories of all the prophets are mentioned in the Qur'an, but the whole story of Hazrat Yusuf (as) is only given in this surah. His name is mentioned in other suras, but the story is not mentioned in any other surah. The story of Hazrat Yusuf (AS) is very similar to the blessed life of our Prophet (PBUH). His Quraysh brothers also envied him, he had to leave Makka. Hazrat Yusuf (as) stayed in the well. Hazrat Muhammad (S.A.W) stayed in the cave of Thor. Hazrat Yousuf went to Egypt and Muhammad went to Medina.
Hazrat Yaqub (as) had twelve sons, Hazrat Yusuf (as) was extraordinarily beautiful among them. Due to the beauty of both his character and appearance, his father Hazrat Yaqub (as) was more attached to him.
Once Hazrat Yusuf (as) had a dream and told his dear father his dream that eleven stars and moon and sun are prostrating to me, his father forbade him not to tell this dream to his brothers, The brothers of Hazra Yousuf became jealous because of the love of his father. His brothers took him (AS) into the forest and threw him into a well.
A Tribe passed by, they put a bucket in the well to draw water, Hazrat Yousuf came out from well along the bucket, these people took him to Egypt and sold him. The king of Egypt bought him and kept him in the house. When he was young, The king's wife became fascinated with him. She invited him to evil, but he never accepted anything.
The King of Egypt sent Hazrat Yousuf to prison to hide disgrace. Hazrat Yousuf continued to worship Allah even in prison, because of which the prisoners respected him, because of the correct interpretation of the dream of the king of time, he made Yousuf independent minister of finance, trade and state, 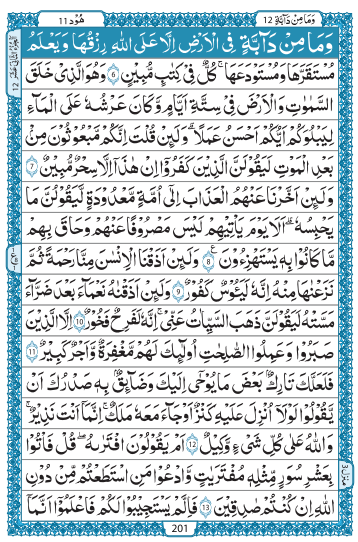