Author Unknown Published March 11, 2018
Tags
computer
Computers
Programming
technology
The purpose of this book is to show the reader how to use the Python programming language to facilitate and automate the wide variety of data manipulation tasks encountered in life science research and development. It is designed to be accessible to readers with a range of interests and backgrounds, both scientific and technical. It emphasizes practical programming, using meaningful examples of useful code. In addition to meeting the needs of individual readers, it can also be used as a textbook for a one-semester upper-level undergraduate or graduate-level course.
The book differs from traditional introductory programming texts in a variety of ways. It does not attempt to detail every possible variation of the mechanisms it describes, emphasizing instead the most frequently used. It offers an introduction to Python programming that is more rapid and in some ways more superficial than what would be found in a text devoted solely to Python or introductory programming. At the same time, it includes some advanced features, techniques, and topics that are often omitted from entry-level Python books. These are included because of their wide applicability in bioinformatics programming, and they are used extensively in the book’s examples. 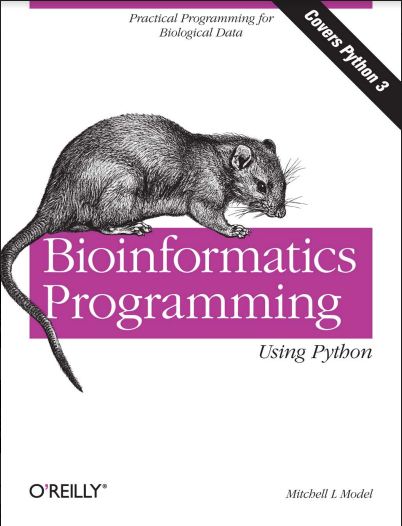