The Invisible Fist Secret Ninja Techniques of Vanishing Without A Trace 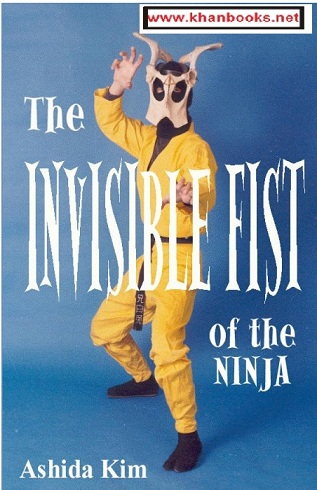 Looked for, cannot be seen. Listened for, cannot be heard. Felt for, cannot be touched. The Invisible Fist gives no warning, nor can it be stopped. You cannot hide from it, nor can you escape it. Why is this so?Any decent self-defense class can teach one to draw up his courage in the face of danger, the better to execute one all-out, totally committed, do-or-die technique. This usually results in the mutually assured destruction of both combatants.To strike the opponent without being struck in return is the essence of Boxing.Some martial arts teach that a punch must be so swift and return so quickly that it is faster than the human eye can follow as a method of being considered “invisible”If the body can move faster than the eye, however, it can also react faster. The old magicians claim that the “hand is quicker than the eye” applies equally to defender and attacker. So, no matter how fast you are, no matter how many hours or years you may have spent training to react to an attack with an appropriate block, you still cannot block or hit what you cannot see. Thus, the true Invisible Fist would also be one that strikes from an unexpected angle. It gives no warning and cannot be deflected. One cannot hide from it because those who have the secret do not go around showing it off. If it is encountered, it is due to one’s own bad karma in looking for a fight with a master.Nor can one escape the wrath of the Invisible Fist, since it is brought upon oneself by bad conduct. In this way, those who would commit evil attract the very forces that will mete out appropriate justice to them. The Invisible Fist is merely one such tool.That is why, at certain periods in history, those who practiced this art were known as the Black Dragon Tong of Retribution. Not because they went around like Robin Hood, “righting wrongs and punishing evil doers,” But because they were simple humble people who were often mistaken for victims. If they could not escape, they were, and are today, quite capable of destroying any attacker in order to survive. Also being humble,knowing that the taking of a life does no one honor, they would accept no credit for such acts. They obeyed the ancient Samurai injunction to have the “power to kill and walkaway” without any explanation being required long before it was instituted for that social class. This is because the followers of this Way are so inoffensive that at one time the founders thought themselves in such harmony with nature that they would limit the number of footsteps they made each day so as not to disturb the Earth with their presence.The rule is: First, do no harm; Second, never make a challenge; Third, never turn down areal challenge.
DOWNLOAD