Author khan books Published February 16, 2019
Tags
health
remedies
Pomegranates: Old Age Remedy for Today’s Diseases By Nady Braidy
Since ancient times, pomegranates have been frequently used as treatments for common ailments in the oldest cultures of the Indus Valley, ancient China, and classical Greece, as well as in the Middle East. The chemical composition and pharmacology of pomegranate constituents is of great interest to life scientists in the modern world. The present book will provide substantial evidence for the  beneficial effect of pomegranates on cardiovascular disease by promoting the production of the potent vasodilator, nitric oxide in endothelial cells. It also discusses the neuroprotective effects of pomegranates in brain cells relevant for the management of neurodegenerative disorders such as Alzheimer’s disease, Parkinson’s disease, and Amyotropic Lateral Sclerosis. It also emphasizes the anti-proliferative and pro-apoptotic properties of pomegranates that are useful for the treatment of several cancers, including malignant tumors of the brain both in vitro and in vivo. Owing to the health benefits of pomegranates, the author also includes a chapter on the cultivation and production of pomegranates.


The pomegranate has been deeply associated with the cultures of the Mediterranean region and Near East, where it is savoured as a delicacy and is an important dietary component, revered in symbolism, and greatly appreciated for its medicinal properties. It is strange that a horticultural icon of such importance has been largely relegated to an ornamental role in the United States and much of Europe. Recent trends indicate that the health-giving and flavour filled properties of these fruits may soon reverse this oversight. 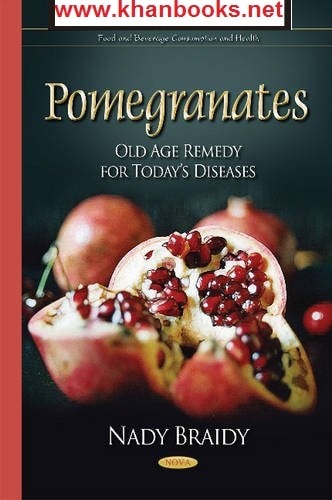