The IELTS test is known as the most credible, well-structured, and well-accepted English language competence test. We have seen more than once, in real circumstances, that the 'Famous People' would want the agonies of becoming famous. It's an acknowledged fact in all walks of life that 'Fame' follows 'infamy,' undoubtedly the IELTS's 'Fame' is not spared. Since IELTS is not the only test of its nature, the war is still on for subjugation. A significant section of the world's population is still 'skeptical'-irrespective of their literacy, language or whatever. Hence, it takes a logical and critical examination of the 'False Beliefs' that circulate in the air to help people escape misguidedness. 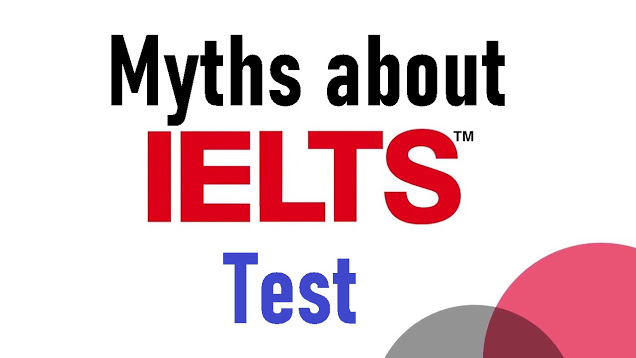 What are the myths?

Qualifying via IELTS is almost impossible: IELTS is off course difficult and it's intended to be so, since it's the most approved test to measure a candidate's 'Absolute proficiency in the English language.' Therefore, candidates need comprehensive training to get a good 'Band Score.' But this in no way confirms the myth.

What do data suggest?

Approximately 2.5 million applicants from not fewer than 135 countries worldwide appear for the exam each year. A significant portion of them even come from non-English speaking nations. The proportion of successful candidates is by no means negligible. The myth, though, is just a theory and nothing more.

A non-native speaker can't get a good band score: it doesn't match the data once more. Every year thousands of young candidates from various non-English speaking countries, such as India, perform extremely well. A good number of applicants also get a high 8/8.5 or 9 Band Score. So, no way to even be talking about the myth.

If a student takes IELTS from his home country only then he might score high: Usually, candidates take the IELTS test from his home center. However, not each country has an IELTS exam center. Normally, in such cases, candidates required to go to the nearest IELTS exam center in a foreign neighboring country. Not being able to sit in the test from his home center might make a handful of candidates feel nervous and unable to get higher scores in the test. But the IELTS authority does not have to do anything about it and they are fair to all. Many sincere and eligible candidates are sometimes seen come out with success even taking the IELTS exam from a foreign center. So the myth does not hold right for the candidates who are mentally tough enough to neglect the problem.

Score in the speaking test is given when you make the examiner laugh:- I'm sorry that it's not a circus, and you're not a clown. If you appear properly dressed and with a pleasant smile on your face in the speaking IELTS test and wish the examiner to say 'Good Morning'/' Good Afternoon,' the examiner may feel pleased. But to make him happy-does don't it sounds stupid? The task of the examiner is to evaluate the abilities of the applicant in the 'Spoken English test' and he should expect a good and serious candidate, not a joker. It is not even worthy of discussion such as 'Idiotic myths.'

I should sound like the American in the speaking test if I want to go to the USA: -This is an absurd misconception. The native Americans have their own native language bias, sounding like making a mimicry would imitate them. In a clear, perfect, and unbiased 'English' accent, a candidate is supposed to speak - he does not need to copy any typical accent.

With any viewpoint of the examiner, I should always agree:- Another incorrect conception. If a candidate is asked to express his opinion on a topic during the test, he should not try to guess 'which opinion would please the examiner.' Instead, with supporting reasons, he should express a justified opinion. Perfection in the construction of sentences, accuracy in grammar and spelling, and, of course, the justification of the opinion expressed would be evaluated in relation to the subject and marks would be provided to the candidate accordingly.

It would be enough if I practiced questions from previous tests:-Not exactly. Sometimes just a few questions from the past tests may be repeated, but as a widely held rule, it should not be accepted. This would provide an applicant with a realistic knowledge of the tests and it is good for him to practice to use questions from past tests or sample questions, but not enough at all. If a candidate examines questions from the last five consecutive tests, he would understand that the 'Myth' is just another misconception and that adhering to it can lead to a catastrophic result.

It's easy to cheat and get good marks:-It is definitely such a dangerous myth and this should not be paid attention to by candidates. The IELTS exams are designed in such a way that no room for cheating is available. While trying to cheat, someone caught red-handed would be rejected and would not be able to take on with the exam. Needless to argue, cheating is a crime from any viewpoint and it leads to nothing. If any candidate nourishes in his brain a desire to clarify the exam by cheating, he should try elsewhere better.

Millions of applicants make an appearance for the tests, so the cheaters can't be curbed:-Wrong again. The IELTS has a checking system so tight that it would baffle even a heavy-core criminal. In the short, description, let's discuss. In order to avoid any kind of dishonesty or malpractice, the IELTS authority has managed to keep a pretty advanced and multi-layered secured verifying system functional.

English speaking countries are given preference by the IELTS authority: It is 100% wrong. IELTS is a symbol of trust and authenticity with no bias, no favoritism for any country, person, and organization is involved. The native English speakers take the only advantage that they have to sit for a test, which is conducted in their mother tongue.

For different countries the tests are different: - The IELTS has two formats of the exam 1) IELTS Academic test and 2) IELTS General Training Test. These two types differ from one another. But each type of the same test attempt on any corner of the world on the same day is 100% the same. Candidates should avoid such misconceptions.

A student is permitted to sit only once for the test:-There are no such limitations. And if an applicant earns a poor band score and tries to raise his 'Band Score,' he will sit as many times as he intends for the exam.

An applicant must undergo a variety of exam preparation to get a successful 'Band Score':-Another myth, quite a twisted reality. If an applicant gives multiple practice tests, it is certainly fine for him. But, if an applicant is eligible enough to crack it on the first try, it is meaningless how many practice tests he's taken.

You won't be able to apply if you don't get a good 'Band Score' in the speaking test: almost as terrible as any myth. Of course, the speaking part is an essential element of the four parts of the tests, e.g. 1) Listening. 2) Speaking, 3) Reading, and 4) Writing. As an average of all four tests, an applicant gets his overall Band Score, based on the 'Band Ranking' of one particular test an applicant will not be marked. To be accurate, any single aspect of the test is equally essential.

If an applicant achieves a band score below 7, he's not going to pass the test: as stupid as anything. In IELTS Testing there is no pass-fail rule. While having a high band score is every candidate's wish, it depends on which organization or institution or nation they will accept. Candidates are also considered to be accepted by having a band score of 6 or so from their intended organization.

Your Band Performance depends on the center from where you appear: - This is a myth that is discussed by the 'semi-literate self-promoted journalists' who believe they know everything and their expertise is supreme. The IELTS test has the name and reputation of an International. There is simply no standardized or country-specific monitoring method. But a candidate's 'Unit Score' relies on his results entirely, and nothing else. Examiners are trained with same sets of rules and are trained to verify the copies and give marks in the same sound. Giving marks also doesn't differ from one investigator to another.

How many applicants might get a high 8 or even more band score from a core is determined in advance:-A dangerous misconception to prevent affecting the attitude of the student. Had it been so, the IELTS authority would lose the credibility and respect it has received through the years. We have already mentioned that there is no 'Centre Specific' or 'Region Specific' marking scheme in the framework. The outcome depends on many factors, differs from one centre to another. In a world which is not English speaking, Poor applicants can not afford to take lessons from 'Reputable Coaching Centres,' which inevitably focus on their performance and, as a whole, on those of the Centre. Should it blame the center for those incidents? -- Surely not, right?

If I speak so much during the speaking test, I will get higher marks:-Definitely not, speaking too much will irritate the interviewer, and he may become a little rude to such a person, resulting in the applicant feeling anxious and losing marks. Therefore a candidate should only communicate when questioned and should stop talking when told.

The examiner doesn't repeat instructions in the speaking test: This is a bit of 'Scary Myth' and distorted truth. It's truly an examiner is not free to repeat instruction as many times as he wants. He has the authority's permission to repeat the directions twice, if necessary. Likewise, a candidate has no opportunity to ask the examiner to repeat more than two times. If the applicant does not understand a word used in the procedure, he can ask the examiner for a maximum of two times to include a synonym or definition.

There are hundreds of such myths floating in the air. As anywhere in the world, there are some gossip grabbers born to spread lies and spread rumors, some of whom hit the minds of people and then become myths. The applicants who appear on the IELTS are expected to be the cream layers of the students or working professionals who set out for a bright and stable future. To overcome hearsay and move forward to fulfill their ambitions they should have a logical and rational mind.