Author khan books Published January 22, 2022
Tags
al quran
al quran pdf
download quran
full quran pdf
full quran PDF free download
holy quran pdf
LEARN QURAN
online quran pdf
quran majeed
Quran Para 29 pdf download in high quality color format. The twentieth verse begins with Surah Mulk in which Allah (swt) says about His powers and He is Able to do all things. Mentioning His creative power, it was said that Allah created the seven heavens above and below and created them with such skill that there is no defect in their creation. Your eyes will get tired of finding faults.
After Surah Malik is Surah Al-Qalam. It says that the Messenger of Allah is not insane and he has been given a great moral character, and soon you will see who among you is insane. In this surah, a generous and virtuous landowner is mentioned that he used to pay the right of God from the income of his gardens in an efficient manner. When he died, his sons decided that they would not pay any of the harvest to the poor. When it was time to harvest, they left early in the morning so that they would not find any poor people on the way. When they got to the garden, they saw that there was no such thing as a field or a garden. They suspected that they had forgotten the way, but after careful consideration, they realized that they had not forgotten the way, but that their garden had become desolate. From this incident it was explained that when wealth is not spent in the way of God, then there is a danger of loss of wealth.
Surah Al-Qalam is followed by Surah Al-Haaqqa. In this Surah, Allah has called the Day of Resurrection in the name of Truth and has informed of the fate of those who deny this truth. In this Surah, the fate of the people of Thamud and Aad has been informed who denied the Hour. The people of Thamud were destroyed by a shout and the people of Aad by a strong wind. On the Day of Resurrection, those who will receive the Book of Deeds in their right hand will show their success to all and will be in the orchards and palaces with fruits. And those who receive the Book of Deeds in their left hand will beg for death (which will not be found) and they will be cast into the Fire in a chain of seventy yards. There will be no sympathy for them and no food except pus.
After Surah Al-Haaqqah is Surah Al-Maarij. In it, Allah mentions the Day of Resurrection which will be equal to fifty thousand years in length. Give what is in the earth as a ransom. The attributes of those who will be saved from the torment on that day are also mentioned. These will be the people who will protect their chastity. These people will be the keepers of trusts and promises. These people will have to stand on the testimony of truth and will be the guardians of prayers and these people will be entered to paradise.
After Surah Ma'arij is Surah Nooh. It says: We sent Noah to his people: Guide them before a painful chastisement overtakes them. He said to the people: I advise you to worship Allah, He will forgive you.
After Surah Nooh is Surah Jinn. In it, Allah mentioned the conversion of a group of jinn When they heard the recitation of the Qur'an, they said, "What a beautiful word the Qur'an is that guides to guidance.
After Surah Muzammil is Surah Mudassar. In it, Allah has commanded Hazrat Muhammad (PBUH) to throw off the cloth wrapped around him and stand up to frighten the people and glorify his Lord. Keep your clothes clean and stay away from uncleanness.
Then there is Surah Al-Qiyamah in which Allah mentions the time of Resurrection that surely will come and It is not difficult to reproduce exactly. On the day when the eyes shall be blinded and the moon shall be adorned, and the sun and the moon shall be gathered together.
Then there is Surah Dah and This is followed by Surah Al-Mursalat. 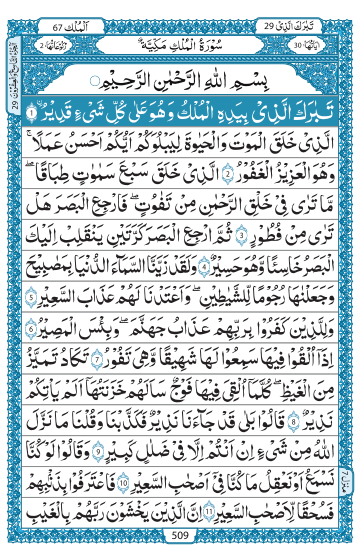