Author khan books Published December 04, 2022
Tags
al quran
download quran
full quran pdf
Quran Para 15 pdf download free in HD colored print. You can download this pdf but you cannot make any sort of printing because the pdf file is locked. So this is the best 16-line Quran Pak colored with nice blue borders. The image shown below is of low quality but the original pdf file is of high quality which you can download from the below link.

"Israa" means to take away at night. Since at the beginning of this Surah Isra' is mentioned, it means that the journey of the Messenger of Allah (May God bless him and grant him peace) took place at night; Accordingly, this surah has been named "Al-Israa".
Quran Para 15 Regarding the night of Miraj Here is described the Event of Miraj, which happened in the 11th year of Prophethood. The journey of Miraj consists of two parts; One is from Makkah to Bait-ul-Maqdis, the other is from Bait-ul-Maqdis to Arsh Ma'ala. This journey from Makkah to Bait-ul-Maqdis is called "Israa". And the journey from Bayt al-Maqdis to Arsh Ma'ala is called "Mi'raj" which is mentioned in the verses of Surah Al-Najm and the hadiths. Generally, the whole event is interpreted as the word Miraj.
Miraj is a special and distinctive miracle of Prophet Muhammad (PBUH) which was physical and not spiritual. He was not in a state of sleep but in a state of wakefulness. In the same journey, the Holy Prophet (peace and blessings of Allah be upon him) also visited Allah and he also had the privilege of direct conversation with Allah. In this journey, five prayers were become obligatory on ummah. On his return from the Miraj.

Here, in some verses, the Bani Israel are mentioned who were informed that you cause mischief in the land twice by being very disobedient, then both times you were destroyed. The first time they opposed the law of Hazrat Musa (peace be upon them), killed the Prophets (peace be upon them) unjustly, distorted the Torah, committed polytheism, etc.

During the time of a cruel and polytheistic king Daqiyanus, some young people were believers of Islam and this king used to disturb them. When he called them, these young men hide in a cave to save their faith. Allah made them sleep deeply there. They slept in this cave for 300 years. Allah Ta'ala kept their body safe and sound. After three hundred and nine years, when they woke up, they felt hunger. When one of them presented the coin to the shopkeeper, it was a three hundred year old coin. Then they came to know that Daqiyanus was died, the current king was monotheistic, he honored and respected the Companions of the Cave. When ashab e kahf died, the king had a mosque built in their memory.

Other things discussed in Quran Para 15

Bakht Nasr's attack, Attack of Titus Roman, The rights of Allah and the rights of the humans, resurrected after death, The state of polytheism, The five prayers, About tahajud prayer, Nine clear signs of Mosa (PBUH), and The story of Dhul-Qarnain. 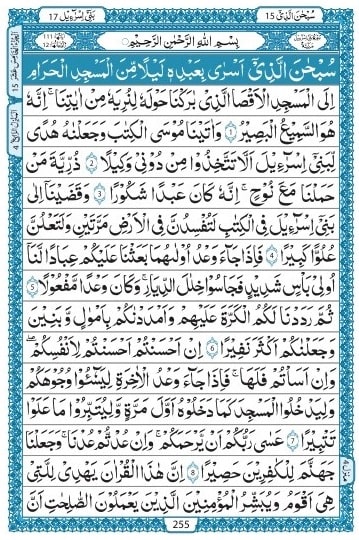