Author Unknown Published March 10, 2018
Tags
Computers
Programming
technology
Welcome to Ubuntu Unleashed, 2008 Edition! This book covers the free Linux distribution named Ubuntu and includes a fully functional and complete operating system produced by the Ubuntu Community, sponsored by Canonical Software. This book covers Ubuntu version 8.04 LTS, commonly known as the Hardy Heron. Ubuntu directly descends from one of the oldest and most revered Linux distributions ever: Debian. Those of you who know nothing about Linux will likely not have heard of Debian; it is enough to know that it is considered to be one of the most stable and secure Linux distributions currently available. Ubuntu benefits directly from many contributions from free software developers across the world.

If you are new to Linux, you have made a great decision by choosing this book. Sams Publishing’s Unleashed books offer an in-depth look at their subject, taking in both beginner and advanced users and moving them to a new level of knowledge and expertise. Ubuntu is a fast-changing distribution that can be updated at least twice a year. We have tracked the development of Ubuntu from early on to make sure that the information in this book mirrors closely the development of the distribution. A full copy of Ubuntu is included on the enclosed disc, making it possible for you to install Linux in less than an hour! No longer an upstart, Linux now has an enviable position in today’s modern computing world. It can be found on machines as diverse as mobile phones and wristwatches, all the way up to super- computers—in fact, Linux currently runs on more than half of the world’s top 500 supercomputers. 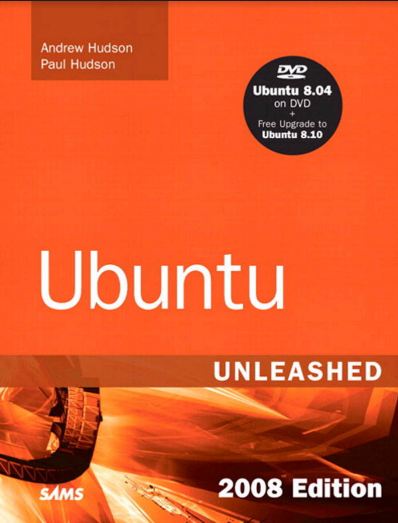